Players would describe Aimee’s coaching style as tough but fair, passionate, focused on technique and ball control, never mad or yelling but positive, smiling, and nurturing.

Aimee Asebroek graduated with honors from the University of California, Irvine, in 2005, receiving her Bachelor’s degree in Spanish and her minor in Educational Studies. At UC Irvine, she was the President and Captain of the women’s club volleyball team for three years, earning the SCCVL Player of the Year award her last three years. Aimee was also the President of the Southern California Collegiate Volleyball league.

Aimee has coached at San Marcos High School, assisted at AIAA Conference Champion Cal State San Marcos University, and worked closely with their head coach, A.I.I. Volleyball Coach of the Year, Andrea Leonard, on both the coaching and recruiting side. She spent four years as the Varsity Coach at Vista High School. She has worked closely with her volleyball mentor, Olympian Mary Jo Peppler, to develop a curriculum for SoCal that ensures a player will have the same technically driven experience from coach to coach and team to team.

Aimee believes that consistent technical work and feedback are a must for ALL ages and skill levels but that developing and maintaining teamwork skills and great attitudes are even more critical. For her, there is an overriding emphasis on enjoying the experience and creating a lifelong love for the game. Aimee also stresses consistent hard work and respect for one another and coaches. She teaches her coaches to be kind, fair, consistent, and disciplined with their kids. 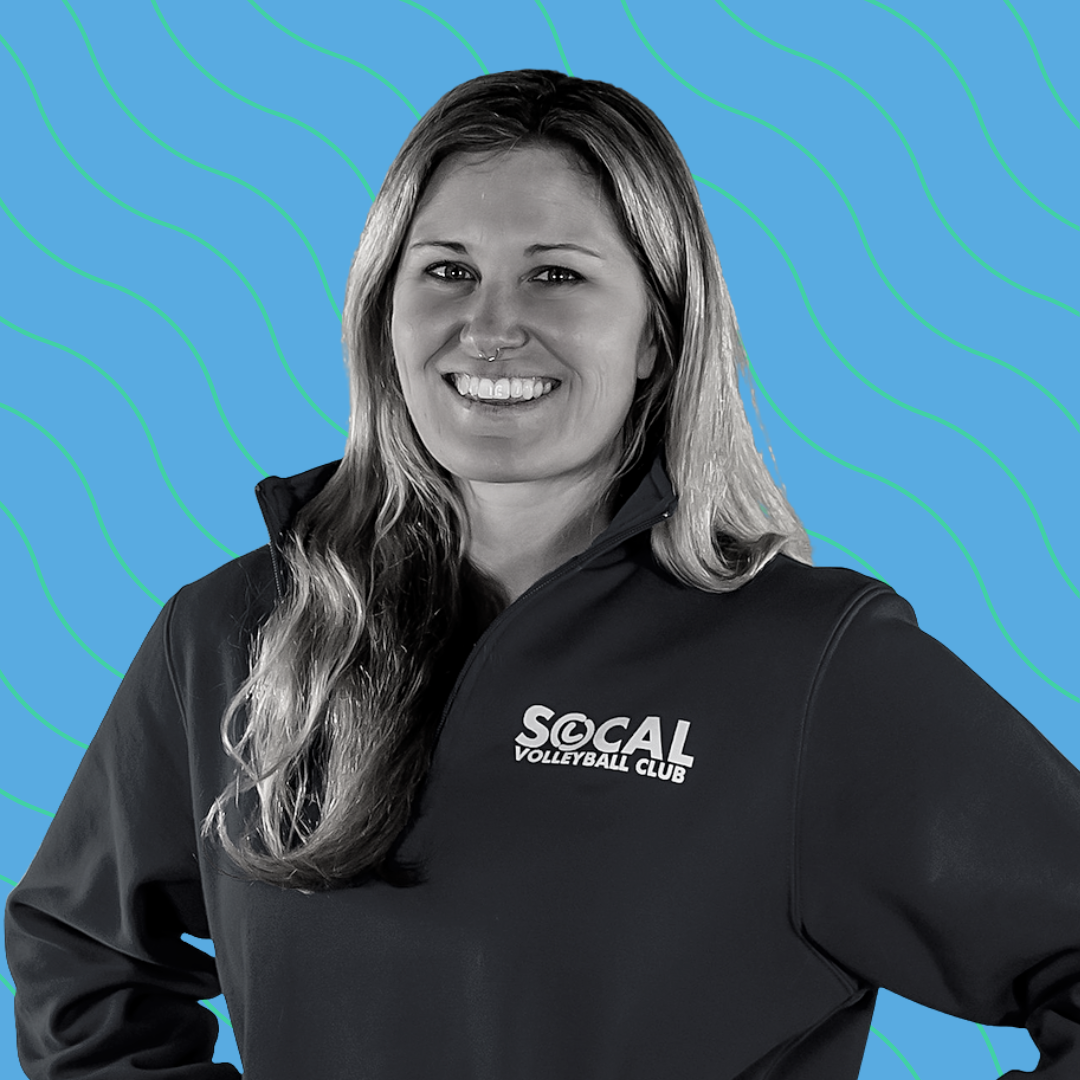