SoCal has staff to meet any private lesson needs of our members. Please contact us using the messenger in the lower right corner with the skill(s) you wish to work on. We will contact you quickly. 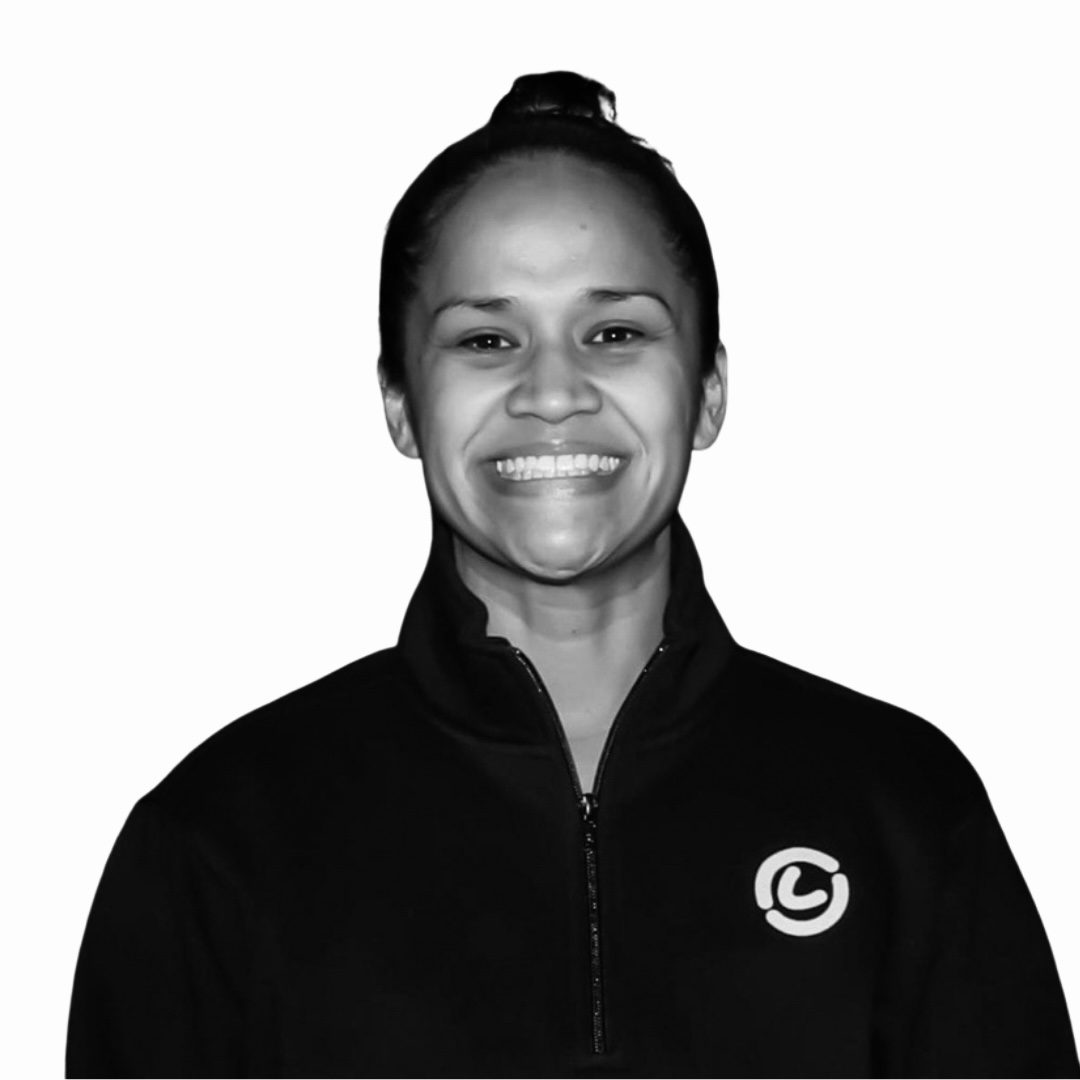 Sola began her love for volleyball at a very young age while playing it with her family in the backyard of her childhood home. She again found a passion for it her freshman year of high school at Rancho Buena Vista. After playing four years of high school and club volleyball she was offered a scholarship to Pt. Loma Nazarene University in San Diego, CA.

For 4 years she was the starting setter at Pt. Loma where she led her team 3 times to a 3rd place semi-final finish in the NAIA National tournament. At Pt. Loma she received many accolades including becoming a 3 time All American, GSAC Player of the Year, 3 time MVP and many others.

Sola is now married with 4 amazing children. Now that her children are approaching the age she was when her passion for volleyball began she is excited and thankful for the opportunity to get back into the Volleyball arena. She is most looking forward to working with young players and passing on the fundamentals of a strong passionate player. 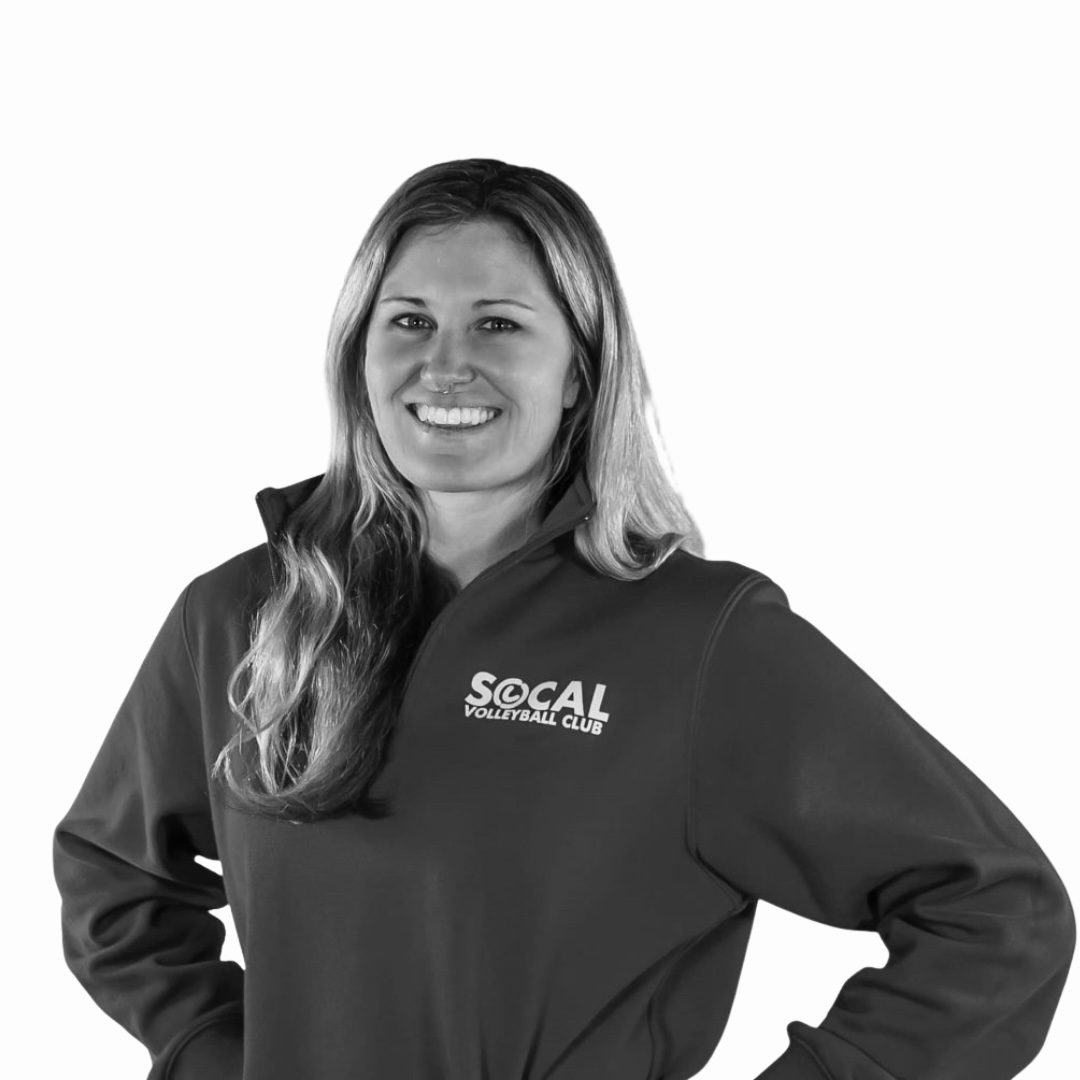 Players would describe Aimeeâ€™s coaching style as, â€œtough but fair, passionate, focused on technique and ball control, never mad or yelling but positive, smiling and nurturing.â€

Aimee Asebroek graduated with honors from the University of California, Irvine in 2005 where she received her Bachelorâ€™s degree in Spanish and her minor in Educational Studies. At UC Irvine, she was the president and captain of the womenâ€™s club volleyball team for three years, earning the SCCVL Player of the Year award her last three years. Aimee was also the President of the Southern California Collegiate Volleyball league.

Aimee has coached at San Marcos High School and assisted at AIAA Conference Champion Cal State San Marcos University, and worked closely with their head coach, A.I.I. Volleyball Coach of the Year, Andrea Leonard on both the coaching and recruiting side. She spent 4 years as the Varsity Coach at Vista High School. She has worked closely with her volleyball mentor, Olympian Mary Jo Peppler to develop a curriculum for SoCal that ensures a player will have the same technically driven experience from coach to coach and team to team.

Aimee believes that consistent technical work and feedback are a must for ALL ages and skill levels but that developing and maintaining teamwork skills and great attitudes are even more critical. For her, there is an overriding emphasis on enjoying the experience as a whole and creating a lifelong love for the game. Aimee also stresses consistent hard work and respect for one another and coaches. She teaches her coaches to be kind, fair, consistent and disciplined with their kids. 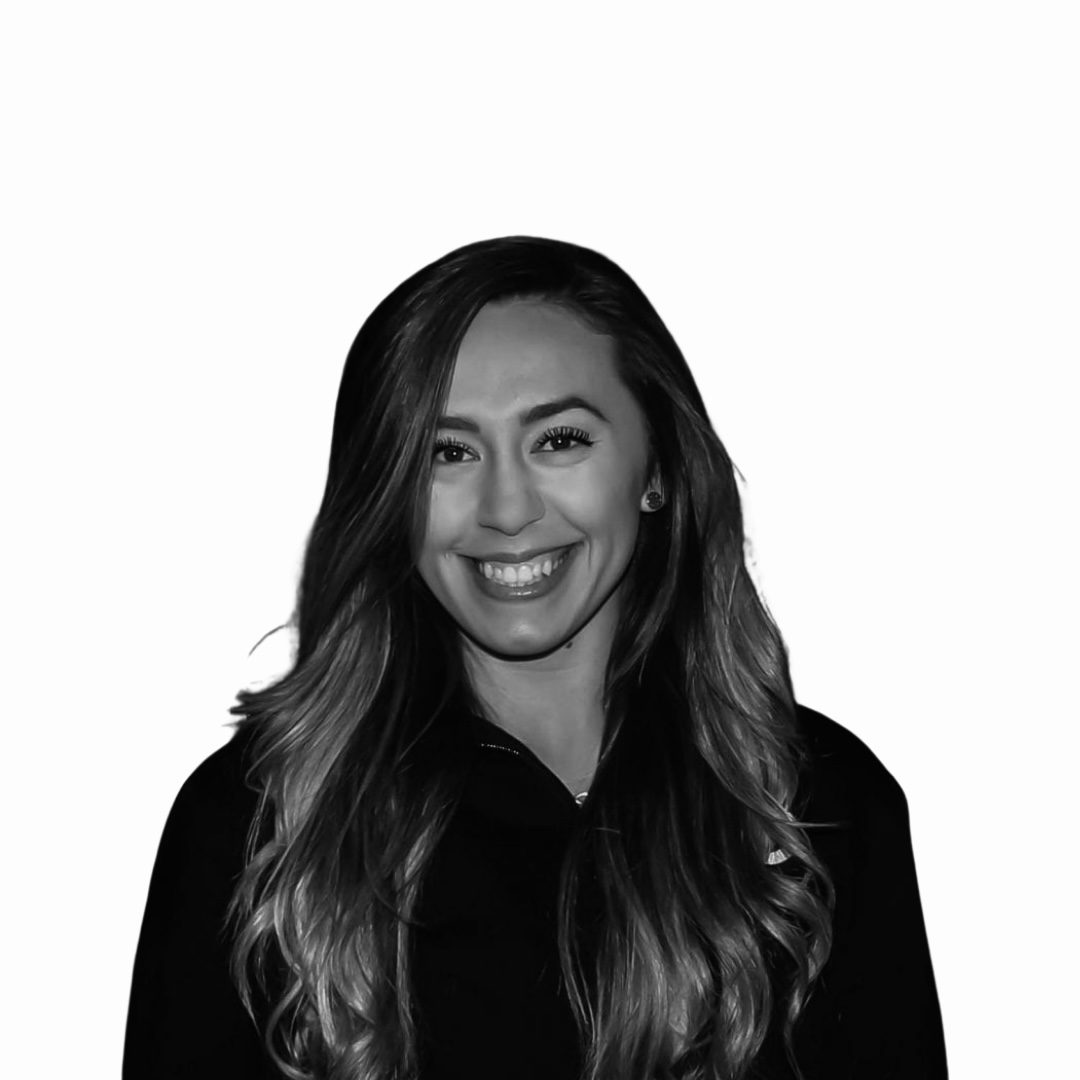 Players would describe Alli’s coaching style as very active and fun. Alli is accessible and kind; she deeply affects the lives of her athletes.

Alli is a former SoCal standout player, who participated in the Club every year from 6th grade through her Senior year in High School.

Alli caught the coaching bug while she was a player, volunteering her time her High School years with SoCal’s FutureStars Program, a developmental clinic program that requires patience, attention to detail, and passion. Alli went on to coach an energetic 12’s Local team in 2013, and since then has participated fully in SoCal’s wide range of Programs. Alli specializes in the 12s-14s age group. She always makes sure her kids are having fun, that they understand the importance of discipline, and most importantly learning how to be spirited teammates and athletes.

In addition to being a dedicated SoCal Coach, Alli is the Programs Coordinator. 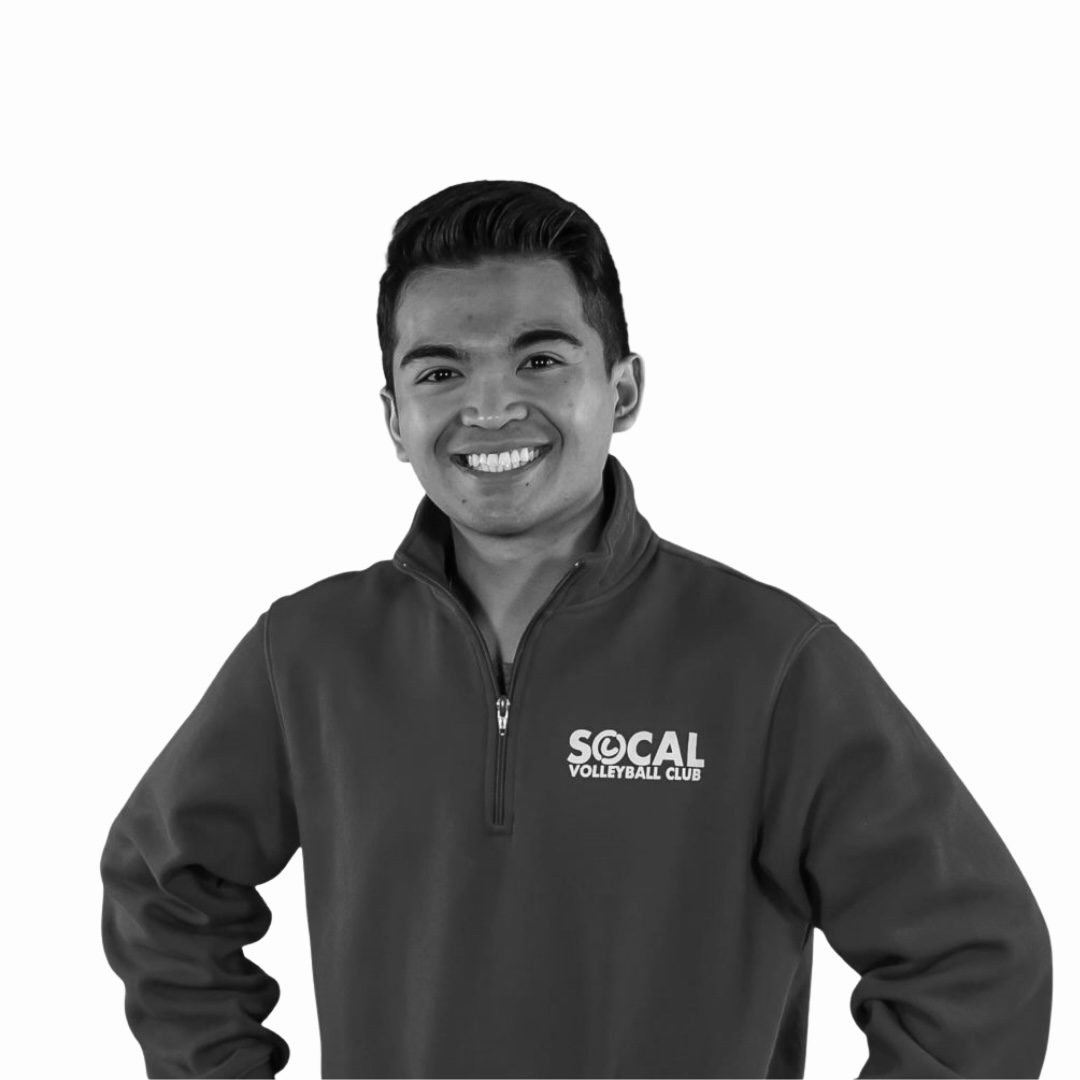 Described as a coach who is passionate, kind, and driven, Jason has spread the love for the game in each of his players. Having played on some of the top club teams in San Diego throughout his entire high school career, he uses his experiences as a player to help guide his coaching methodologies with his main goal being to be the coach that he himself would want to play for.

Jason specializes in teaching defense as he was the starting varsity libero at Mission Hills High School since his Sophomore Year receiving numerous Best Defensive Player of the Year accolades and made the Scripps Ranch Tournament All-American Team as Junior and Senior and First Team All League his Senior Year. Being a libero, he teaches technical soundness, discipline, and mental toughness, three aspects of the game that he believes are absolutely vital in the best players.

Jason attends college at the University of San Diego with a major in Biology and a minor in business. 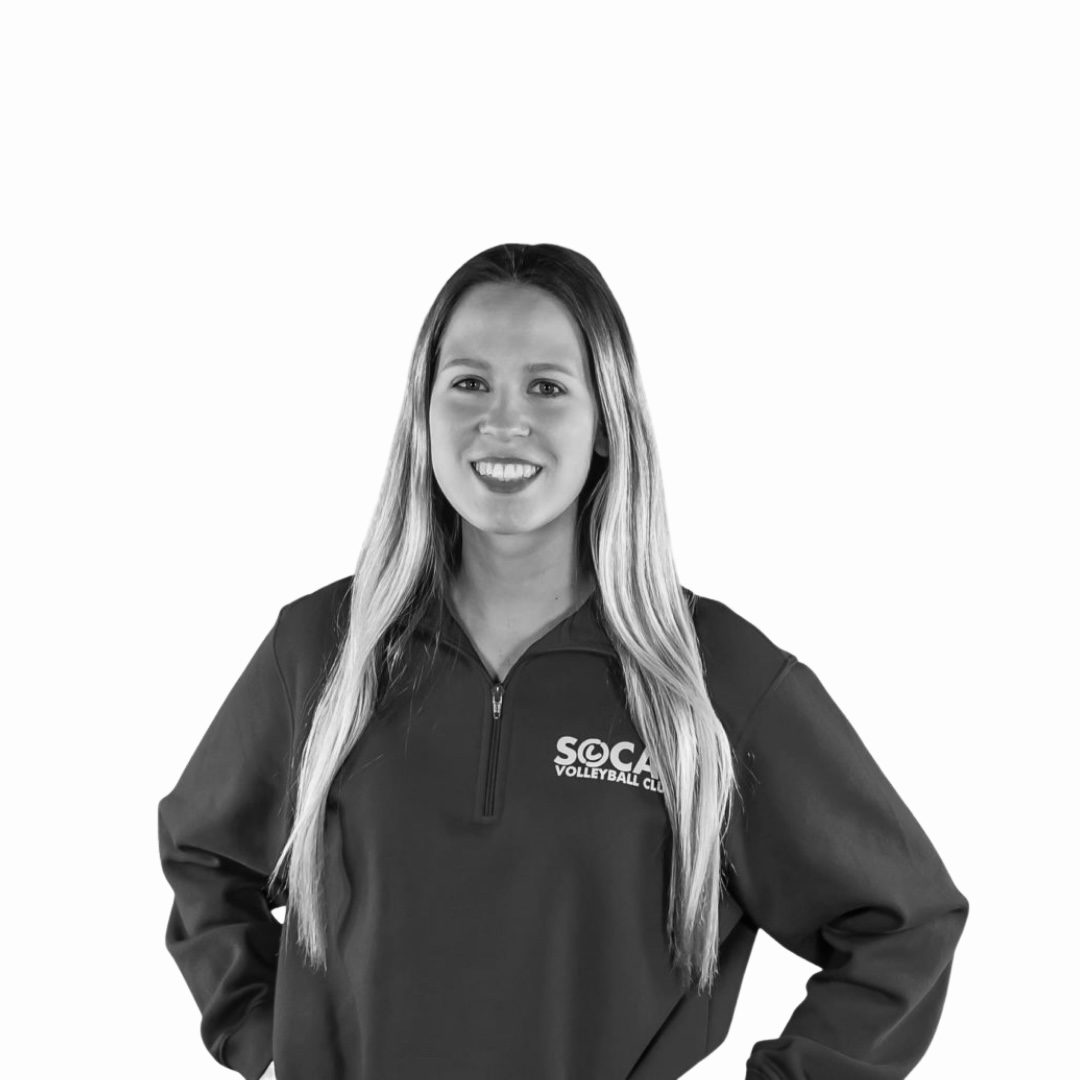 A former SoCal player, Natalie pursued her dream of playing college volleyball at Widener University as an Outside/Middle Blocker. Natalie is a recent graduate with her Bachelors in Hospitality and Tourism Management, with a Minor in Event Management. Aside from living in Philadelphia to attend Widener, Natalie graduated from Mission Hills High School and has lived in San Marcos her whole life. Some highlights of Natalie’s college experience were creating lasting friendships with her team mates, studying abroad for 6 months in Spain and being a part of the Eagles first ever Super Bowl win!

Natalie can be described by her friends and family as someone who loves to have fun and be goofy but also knows how to handle business. She is most looking forward to building relationships with the families at SoCal. 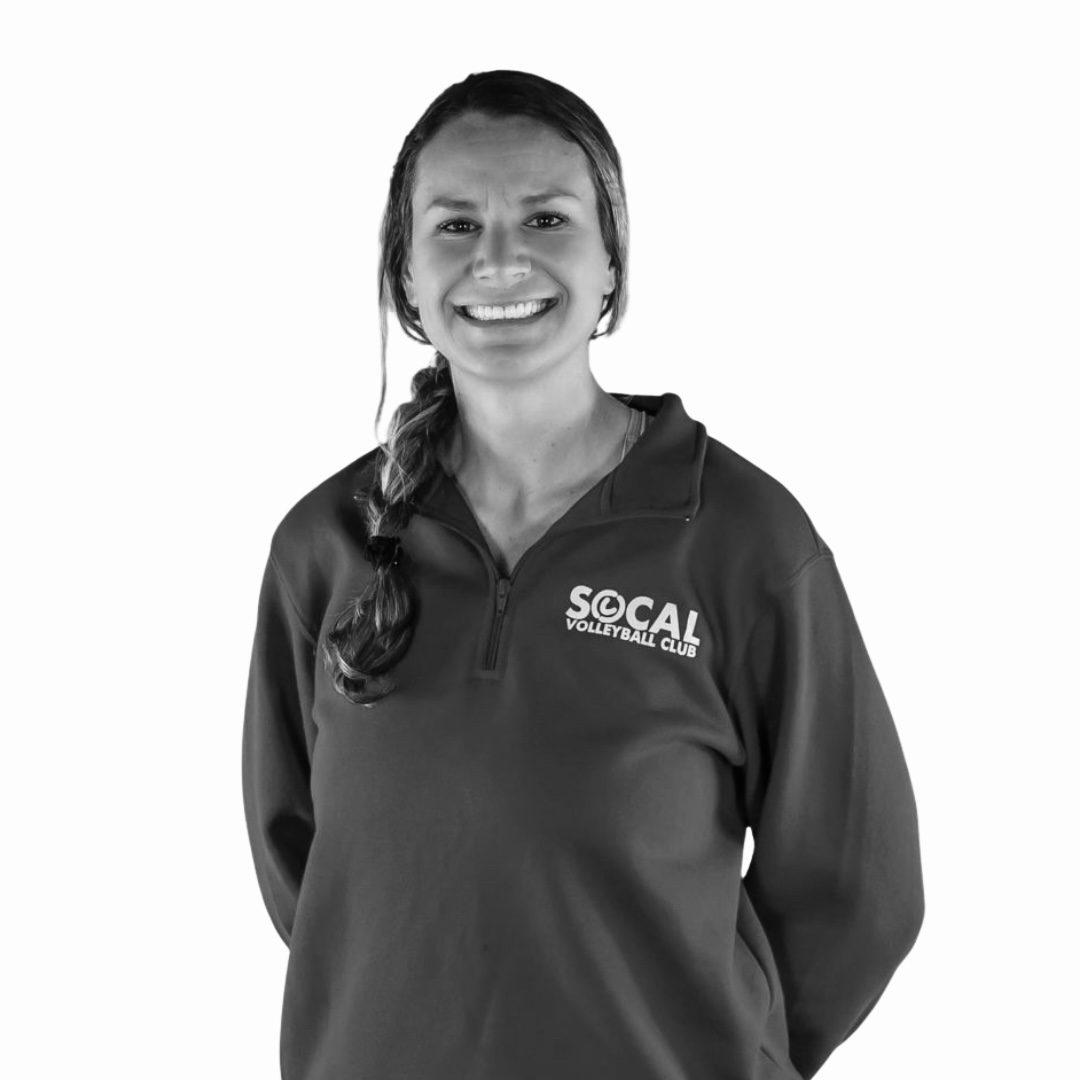 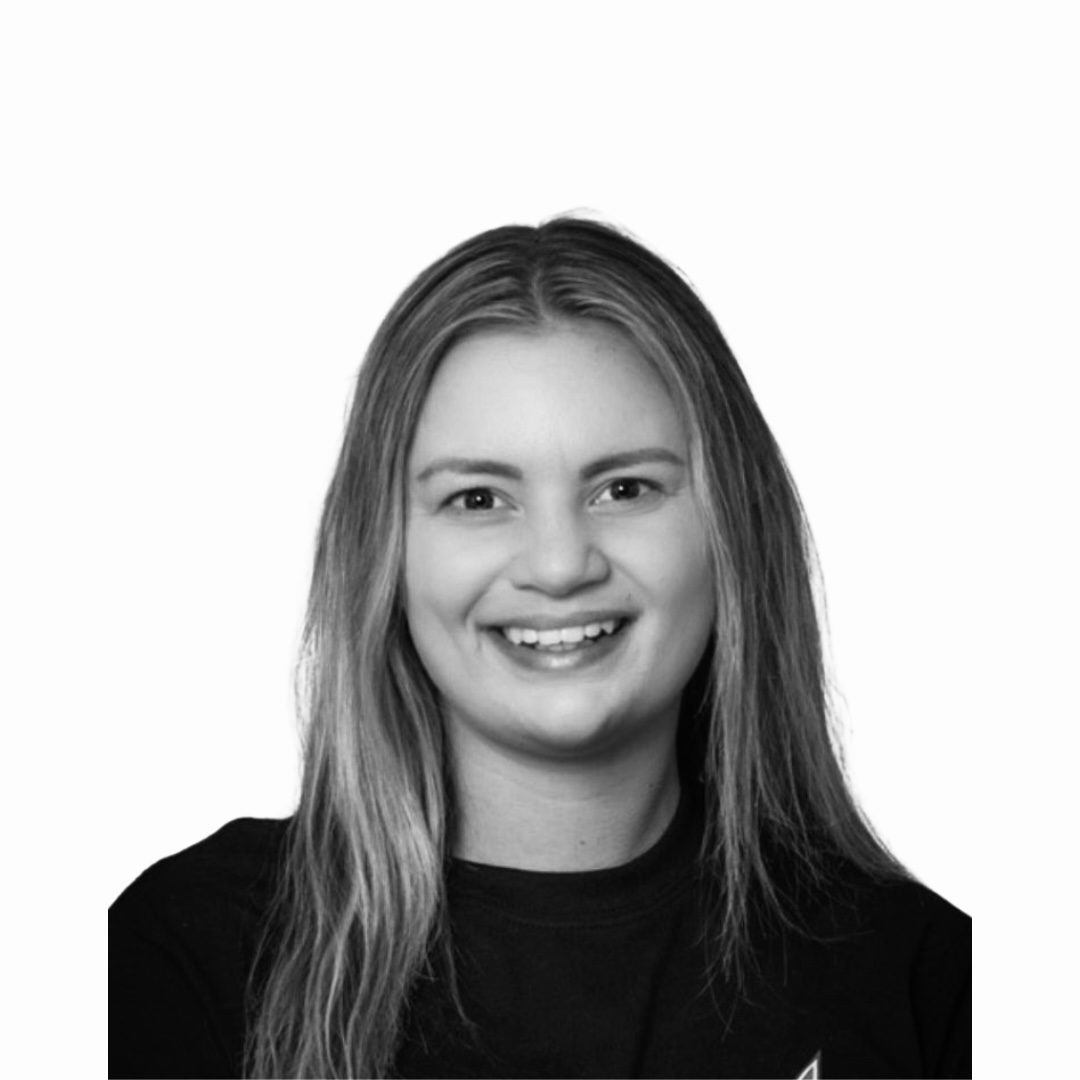 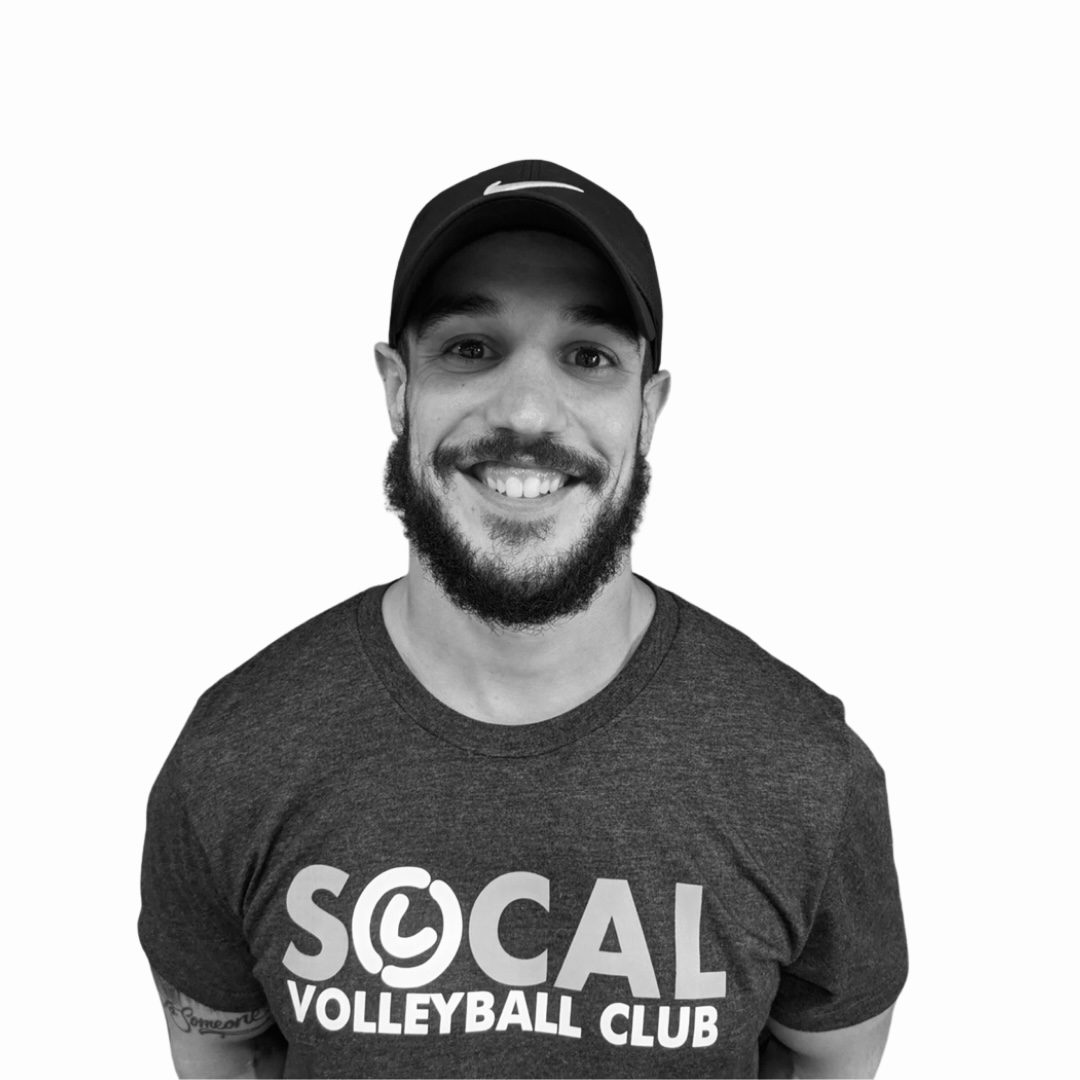 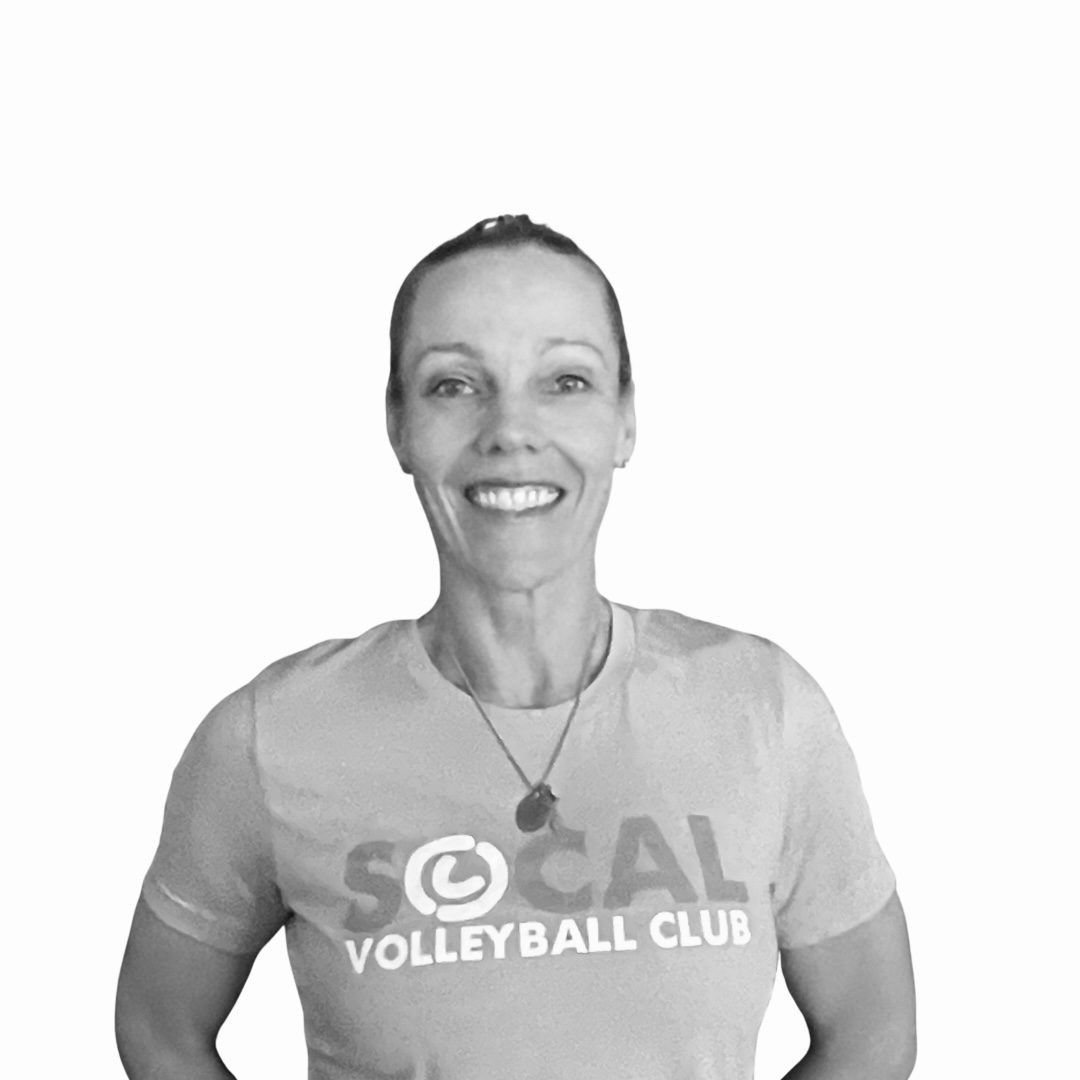 Three words to describe Michelle are: motivated, focused and determined. She started coaching in 1990 at various programs like: Cal Poly San Luis Obispo, Northern Arizona, Western Carolina, Utah State, Idaho State, Lake Superior State as well as different high schools and clubs over the decades. Her coaching accolades include: NCAA Division 1 AVCA 100+ wins club. Multiple 20+ win seasons at Western Carolina. Coach of the year in both 1990 and 1991 for the Los Padres League. Players describe her coaching style as being a very detailed fundamental coach. “I feel very strongly about solidifying strong fundamental skills as the basis to grow as a player. I love this game passionately and I try my best to pass that passion on to my players in my coaching.” Players would say she is a Coach that pushes you to be your best, has hard working practices and mixes in some fun too!

Michelle has played professionally in Switzerland, in 2 professional leagues in the USA, she spent time training with the USA Womenâ€™s National Team (Both A & B teams), was an All American Outside Hitter at Cal Poly SLO, a 2 Time Cal Poly Female Athlete of the Year, Big West Conference All Region 2x and All Big West Freshman Team.

She chose to coach as SoCal because, “I absolutely love teaching and coaching. I also love the SoCal motto to BE KIND! The SoCal staff has been so welcoming to me and my daughter. It feels like a great fit.” A fun fact about Michelle is that she is 1 of (less than) 5 outside hitters to become an All American outside hitter at only 5â€™8â€ tall in the past 25 years of NCAA Division 1 volleyball!!